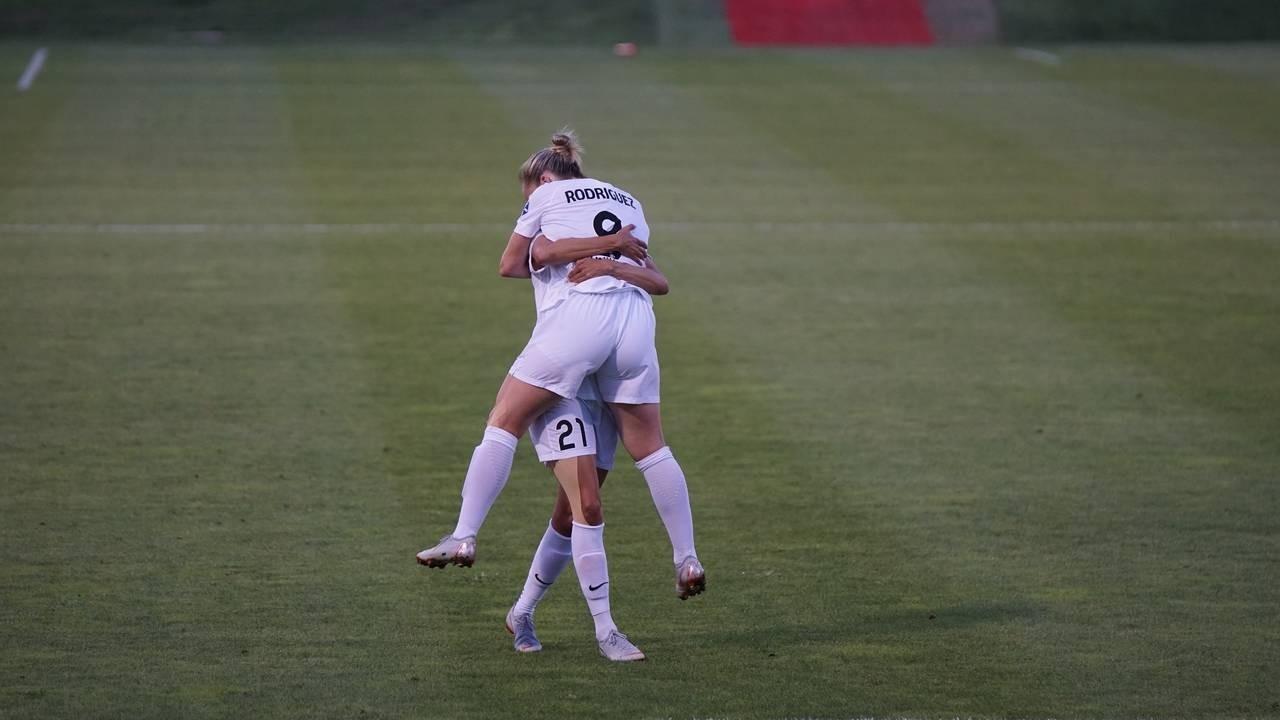 The story of two teams

That was the score in a recent youth sport contest.

What sport you ask? Well, common thought with that score line would be football or rugby, but no.  This was a U8 hockey game.  A game played between two vastly different sets of skills. A game played on full ice, against direct recommendations of Hockey Canada and LTAD experts.

There are several ways to look at this situation.  Why are they playing full ice? How on earth, at 7 years old, is there such a major discrepancy? Why does anyone actually know the final score?

I want to take an appreciative look.  Yes there are major, glaring issues. I want to look at the one positive one.

This game happened in early October, but made national news in Canada this past week. After the initial release, the losing team’s coach had follow up interviews, and his response is as close to perfect as possible, considering the situation .

In a nutshell, he states the team is new to hockey, they are eager, upbeat, and happy. He sounds like he is trying to teach solid hockey fundamentals. And he doesn’t want mercy rules implemented that would shorten the game, as his boys want to compete til the final whistle.

They are currently 0-7, with a goals against of 132, 4 goals for.  Taking out the 41-0 game, that is, on average, over 15 goals against per game. Yet are still having fun and showing up each day to get better. That is awesome.

It reminded me of a story my first boss told me.  He was, and still is, a high level soccer coach.  He was going into his first year coaching a women’s college program.  The team the year before had to default a number of games. Many players did not return, nor did the coach.  He was stuck with only 3 or 4 college-level players, and filling in the holes with whoever came to tryouts.

Needless to say, winning was not on the table that year. So what is a coach to do to motivate the players? Realistic goals!

First step, counting passes. Then counting successive passes. Then possession time in the offensive half.  The coaching staff started setting the goals, and eventually the players were brought into the process.

The story that always stands out to me is a game his team lost 7-0, yet his players were cheering wildly.  Why? Because they reached their team goal of a certain amount of passes successfully made.  To them, they won that day.

3 seasons later he took that rebuilt program all the way to the provincial final.

When I was going through my masters studies, I made a statement that winning should not be the focus of a sports team.  My justification was there are so many variables in any given match outside the control of a team, that it is actually folly to focus on winning versus losing.

Example. Your two best players get injured and cannot play, and now realistically have a significantly reduced chance of winning. Do you pack it in and not play? Do you go out “hoping for the best”? Do you execute the same game plan? And if you lose, do you say “oh well, we were never going to win that one anyway”? If so, what’s the point of playing the match?

Instead I have become a supporter of teams and players goal setting with the idea of continual improvement. And this growth mindset is one of the key differentiators between super champions (repeat success) and champions (one time only success). (We mentioned this in a previous blog, under "Impact of Culture on Winning").

In the situation above, the top players go down, now the coach and team re-evaluate their game plan and what they can do to get better.  Perhaps try players in new roles. Maybe use a new defensive scheme. Use it as an opportunity to involve the players more and let them experiment and learn.

While I love this, I know we as a species are highly competitive.  We love to win. And why not, winning feels great.

So, why not change what we view as a win?

Forget the absolute score. Instead, how about how many passes can your team complete? How many pick-and-rolls can you execute? How few penalties can you concede? Time of possession? Communication?

This would be shifting to a more internal locus of control, and more intrinsic motivation.  It would also allow the team more opportunity to operate in Flow (when challenge equals ability). And do you know what these are all a part of? These are some traits that can lead to long-term success and happiness.

As a sports coach, shouldn’t you be building your team for long-term success?

Yes they won in the absolute sense, but did they win anywhere else? Were they good sports people to their teammates and opponents? Did they continue to work hard? Did they try to improve any weaknesses? Did they still have fun?

As coaches, as parents, and as sports administrators, we need to move away from tracking wins and losses against our opponents.  If a kid regularly loses, eventually they will lose motivation and quit. However, if we shift to wins and losses based on personal and team goals, we can still develop an intense, burning competitive spirit AND we develop a human that wants to continually improve.

We will always be competitive, and we will not do away with the desire to win. We just need to change the definition of win to better support the long-term development of these young human beings.

Photo by Jeffrey Lin on Unsplash