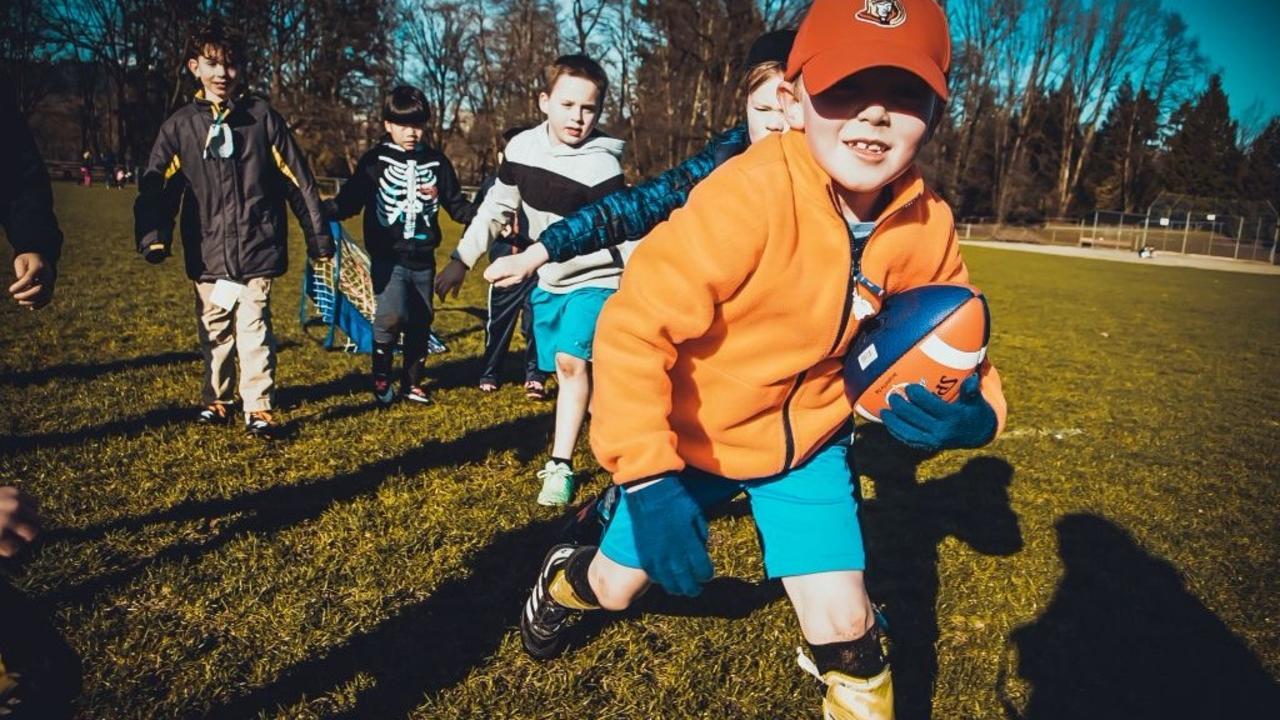 I post a lot about youth sports, kids development, free play, and all these great things. But yesterday I finally got to live it with my own kid and the team I coach.

Monday was Family Day in BC. I had suggested to the parents of the U7 soccer team I coach that I was considering cancelling practice and I got several looks of "pleased don't, my kid needs the running around, and I like the 1 hour break". So alright, I checked the forecast and lo-and-behold, it was to be sunny on Monday. So let's move practice up in the day - we normally go 6-7pm and many of the kids have a normal bedtime of 7:30, so this makes for a later night than usual.

So we discuss moving to 1pm or so, then it starts to grow. I say because it's Family Day, let's make this a bit more of a family event. So we end up moving to a local park, I bring all the soccer stuff plus plenty of other balls and games. Parents organize food, there's a BBQ, hot dogs, and great socializing.

But the best thing - within 5 minutes of the kids showing up, pop-up nets are in place and they are throwing a football around. That quickly turns into making teams and a game of football starts. But they are 6, so it's not really football, they are making up the rules as they go, including passing in any direction at any time after the snap, and scoring by throwing the ball into the pop-up nets. The game quickly evolves in a full contact European Handball/American Football/Rugby hybrid which has these ten 6-year-olds captivated for an hour. There were several skirmishes but I made sure to be vocal to the parents to let the kids sort it out, and they did.

After an hour the score was 51-51 (no idea how they got to those numbers), there wasn't a single injury (thank goodness), they were all excited (they played again for another 30 minutes after hot dogs), and they did this all with zero adult instruction or intervention.

The best part for me was our youngest and smallest player, who is often a bit timid on the soccer pitch, was a monster in the game, he was everywhere, in every tackle and ruck, and a big smile on his face (when he wasn't making an angry I'm-going-to-get-you face)

What a great day for kids having fun!